Just like most boys I knew growing up in the early 1980s, I loved Kenner's Star Wars figures.  I absolutely loved the movie Star Wars and the release of The Empire Strikes Back in early 1980 was a very big deal to me.  Some of my favorite scenes were on the ice planet Hoth.  With that in mind, it should be no surprise that when the first ten figures arrived for The Empire Strikes Back, the Hoth themed figures were some of my favorites.  Since I was a fan of Han Solo, getting a figure of Han in his Hoth outfit was amazingly cool!

I would have been happy to get any new figure of Han Solo back then and I would have been excited about any figure from Hoth, but even if I'd never seen The Empire Strikes Back and even if I didn't know who Han Solo was, I think I still would have liked this figure just because I thought he looked so cool.  If I'd gotten him a couple of years later, you probably could have convinced me that he was a figure from John Carpenter's 'The Thing' or some other movie and I still would have thought he was great!  But being such a fan of Star Wars, I knew exactly who this was!  Along with a couple of Hoth Rebel Soldiers, I was ready to take my figures on a brand new set of icy adventures!

My Hoth Han Solo had a couple of small paint differences that made him more unique.  There was a bit of flesh color paint on his hood, which didn't bother me, but made it clear which one was mine if there was ever another kid playing with his Hoth Han at the same time.  Mine also had a small dot of black paint under his right eye, which either made it look like he was crying or like he had a scar...depending on the situation.

This version of Han Solo came with the same blaster as the Han Solo figure from the first movie.  One of my favorite aspects of this figure was that you could put his gun in his holster.  I guess technically, it wasn't "in" his holster, it was just kind of attached to the side of his holster, but either way, I thought that was awesome!  I don't know if Kenner did this intentionally or if it was just a coincidence, but regardless of the reason, I though it was great!


More Hoth figures came out with each new Empire Strikes Back release.  In 1981 we got the Hoth Leia and the Rebel Commander.  Then in 1982, Kenner released an official Luke Skywalker in Hoth Battle Gear!  I had a platoon of Imperial Storm Troopers in Hoth Battle Gear as well, so there was no shortage of bad guys for my rebels to fight!


When the Bespin Han came out in 1981, he became my new, main 'Han Solo' figure, but I continued to include my Hoth Han in the adventures and would sometimes pretended he was a different guy.  My Hoth Han Solo was easily one of my favorite Star Wars figures and saw a lot of action over the years!

Did you have any figures from The Empire Strikes Back as a kid?  If so, who was your favorite figure?  Tell me in the comments below!
Also, if you're a fan of toys, you should know about Toylanta, the best toy show in the Southeastern United States held annually in Georgia.  Visit Toylanta.com for more information.
CLICK HERE to check out the WeHadThat YouTube channel!
1980 3 3/4" Action Figures Action Figure Overview Han Solo Han Solo Hoth Outfit Hoth Kenner Star Wars The Empire Strikes Back Toys Vintage Vintage Toy 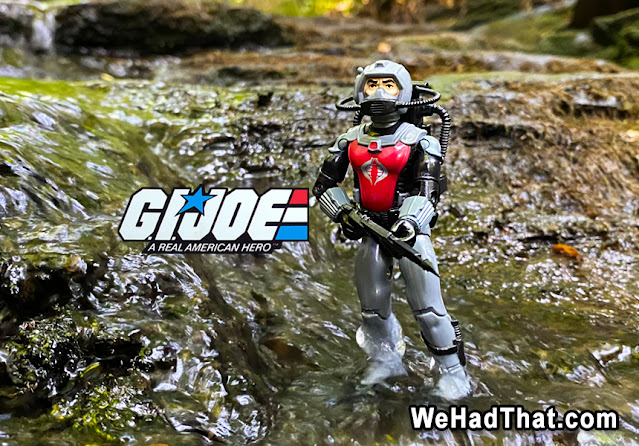 G.I. Joe's enemy: Cobra Frogman "Eels" (Hasbro, 1985) 1985 was an awesome year for GI Joe!  Hasbro gave us some of the best bad guys of the entire Real American Hero run with The Crimson Guard, Snow Serpents, and the first three Dreadnoks!  Even with all of those awesome new characters from Hasbro, the Cobra Eel was definitely one of the figures that caught my eye right from the first time I saw the new figures pictured on the back of my Footloose card!  Just from that tiny picture, I knew I wanted to add this guy to my Cobra team. Cobra Eel: Ready for Action! At that point, we didn't have many underwater figures.  Torpedo was a great figure from wave 2, but my Deep Six figure who came out in wave 3 spent most of his time living in a shoe box and rarely saw any action at all.  Torpedo needed someone to fight against and the Cobra Eels fit that role perfectly! GI Joe: Cobra Eels file card According to their file cards, the Eels are Cobra's demolition experts.  They
Read more 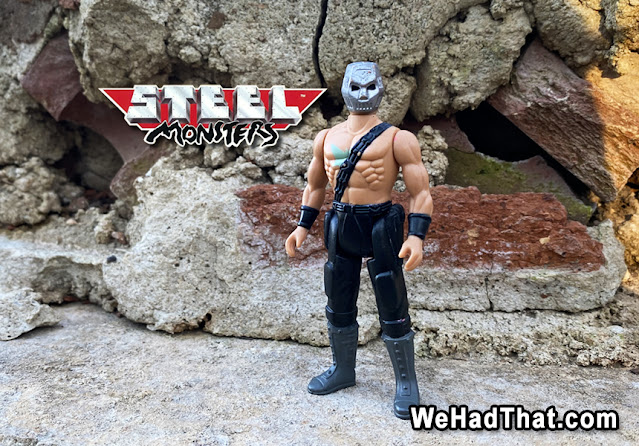 Steel Monsters: Metal Face (Tonka, 1986) With the release of Kenner's Star Wars figures in the late 1970s, the 3 3/4" action figures format became the industry standard for several years.  By 1986, it seemed like that was changing more and more.  Masters of the Universe had already had a hugely successful run with their larger scale figures and Kenner was wrapping up their awesome Super Powers line of slightly larger than 3 3/4" figures of our favorite DC characters that started in 1984.  Kenner was also on their second wave of the M.A.S.K. line of 2" figures.  Even though GI Joe was still one of the top toy lines in 1986 with their highly articulated 3 3/4" line of Real American Heroes, we were seeing a lot of other lines that featured taller figures such as Rambo, Inhumanoids, Chuck Noris Karate Kommandos, The Karate Kid, Sectaurs, and Marshall Bravestarr.  So it seemed a little behind-the-times when Tonka released the 3 3/4" Steel Monsters figures with 5
Read more 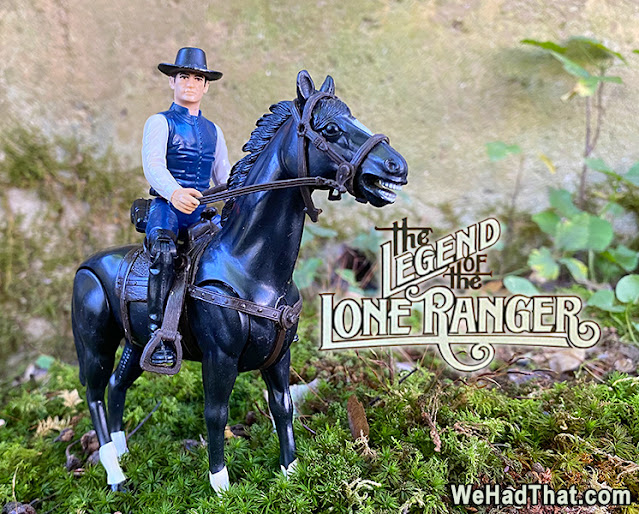 Butch Cavendish and his horse Smoke (Gabriel, 1980) The early 1980s were an amazing time for awesome 3 3/4" action figures!  The popularity of Star Wars figures made it the dominate scale and the new GI Joe "Real American Heroes" continued the popularity.  In addition two those two major toy lines, there were also dozens of wonderful, short-lived lines with sales that weren't quite as impressive.  One of the lines of action figures was a great, little line based on a 1981 movie that flopped hard: The Legend of the Lone Ranger.  As a little kid, I actually liked the movie ok, but the figures were great! The original 1980 card back for the series with Buffalo Bill and Custer listed as "Coming Soon!" The line was released by Gabriel and somehow it managed to stick around on the shelves for a while even though there were only five figures and three horses.  The earliest release of the line was just The Lone Ranger, Tonto, Butch Cavendish, and each of their thre
Read more